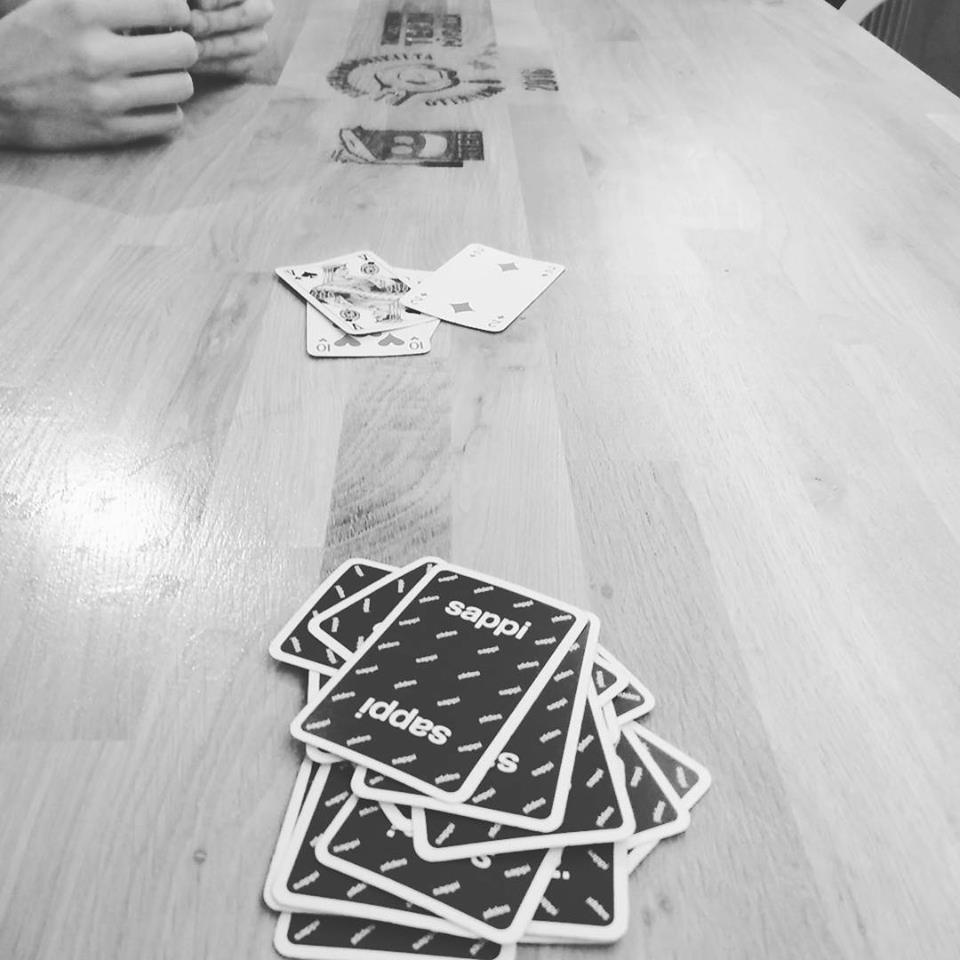 Siantappo is a traditional card game of PJK, and will regularly be being played in our guild room. Given here are all the instructions to play, so that you too can wonder where your evening went after accidentally playing for 4 hours straight:

Siantappo is generally played with 4 players, although it is possible with any number between 3 and 6. The main aim of the game is to get rid of all your cards first, and the game is split into rounds and turns. A round is played until only one player has cards left, at which point they are declared the loser and another round begins.

The first round of Siantappo begins with the player who has the 3 of Clubs. The starter can play singles, pairs, triples, four of a kind’s, or straights of three cards up (suit does not matter, although it cannot involve a 2.) Each other player then can play a higher version of this (pairs etc.) if possible, or they can choose to pass. Once passed, a player cannot re-enter the turn. Once all players except one have passed, the winner gets to start the next turn. If the winner of the turn has run out of cards, the next player on their left starts.

Once the round has ended (one player only has cards left) and cards for the next round have been dealt, the winners and losers must swap some cards. The winner swaps their worst two for the loser’s best two, whilst the player in second swaps their single worst with the player in third’s best. These must be the numerically best/worst cards, there is no choice on what to give. The loser of the previous round starts the game.

The order of the suits in Siantappo is: Hearts > Diamonds > Clubs > Spades. The order of the numbers is: 3 –> Ace –> 2, i.e. the same order as in most card games, but with 2 as the highest. The 2 of Hearts is therefore the highest card and can be played on any single, whilst the 3 of Spades is the lowest.

The final, and possibly most important rule is what gives the card game its name: a Siantappo. On the playing of any 2, a player who has not passed yet can play a Siantappo, which consists of any three consecutive pairs. This can then be beaten only by a higher number variation. On the playing of a pair of 2’s, a Siantappo of a 4 of a kind is played instead. In either case, the player using it must squeal loudly like a pig, or it is not valid. This comes from the meaning of Siantappo, which in English translates to “Pig Slaughter.”

Disclaimer: No pigs were harmed in the making of this card game.